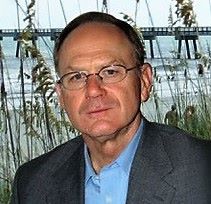 I’m a retired police officer with more than 45 years in law enforcement. In 1967, I joined my hometown police department in Beaumont, Texas, rising through the ranks to captain. In 1986, I was appointed chief of police in West Carrollton, Ohio. In 1991, I resigned to accept the chief’s position with the Jacksonville Beach, Florida Police Department. After serving the citizens of Jacksonville Beach more than 21 years, I retired in October 2012.

In my career, I worked in a variety of jobs: Dispatching officers to calls; answering calls as a uniformed patrol officer; investigating crimes ranging from petty thefts to homicides; serving as a supervisor for those police functions; and serving as a police chief more than 26 years.

My assignments through the years had their share of ups and downs, successes and failures, thrills and disappointments. One of the most rewarding eras was the time I spent as a detective, gathering clues trying to figure out the who, what, where, when, why, and how of crimes.

Saving lives, catching bad guys, working with citizens to protect the community; that’s what law enforcement is all about.

Being retired is wonderful. I finally have the time to pursue a secret passion of mine, writing! Although my varied career path never took me in that direction professionally, jobs that allowed for innovation and creativity were always my favorites.

I started college as an art major intent on becoming an interior designer. After switching directions several times, I ended up with degrees in business and management. My first adult job began in the mid 1970’s when I worked for a police department in my home town. I attended the academy, became a sworn officer, and remained there for 13 years. After that, I was ready to try something new.

Over the next 25 years, I held management positions in areas such as human resources, information systems, finance, and accounting. In 2015, I retired as a director with the PGA TOUR in Ponte Vedra Beach, Florida.

My writing and life partner is my co-author on The Domino Event. I served as his content editor on the three previous Clay Randall novels, so this was a new experience for both of us. Two strong willed people sharing creative control has been interesting. But for now, that’s a story for another day. 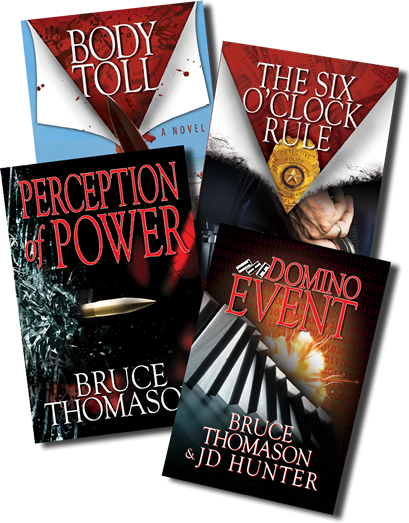 Get periodic news about the authors, their novels, and BATJAK Publishing delivered to your inbox.